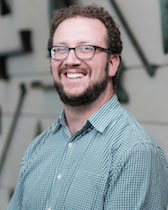 David Boyk teaches courses in Hindi-Urdu language and literature, and on South Asian literature, film, and history more broadly. He received his Ph.D. in History from the University of California, Berkeley, in 2015. His research interests include South Asian urban and regional history and the history of Hindi-Urdu language and literature. His forthcoming book, Urbane Provincials: Intellectuals and the Hinterland in Colonial India, examines Patna, a city in the north Indian region of Bihar. Patna began the nineteenth century as an important and populous city, but ended it as one of the many provincial towns dotting northern India. At least, this was how the city appeared from places like the colonial capital of Calcutta; today, it is still widely seen by people in big cities as provincial and “backward.” Urbane Provincials shows the intimate connection between Patna’s provinciality and its urbanity, and documents how a sophisticated urban world came to be dismissed as merely part of the mofussil, or hinterland. Despite Patna’s real decline, in the late nineteenth and early twentieth centuries it continued to nurture a vibrant intellectual culture, one that looked not toward the imperial metropolis but instead tied together the older cities of the north Indian plains.

His scholarly publications include “Collaborative Wit: Provincial Publics in Colonial North India,” in Comparative Studies of South Asia, Africa and the Middle East, and “Nationality and Fashionality: Hats, Lawyers and Other Important Things to Remember,” “Bound for Home: Books and Community in a Bihari Qasba,” and “Unpacking the Library” (coauthored with Andrew Amstutz and C. Ryan Perkins), all in South Asia.