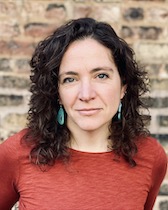 My first book, Writing Resistance: The Rhetorical Imagination of Hindi Dalit Literature (Columbia University Press, 2014) analyzes the vernacular discursive sphere of contemporary Hindi Dalit literature. In this book I trace the debates among Dalit writers as they define a specifically Dalit literary critical approach. I emphasize the significance of the Dalit literary sphere as a “counterpublic” space in which these very debates allow for contemporary Dalit social and political identity formation. I also perform close readings of contemporary Hindi Dalit short stories and focus on the diverse aesthetic and stylistic strategies employed by a range of writers whose class, gender, and geographic backgrounds shape their individualized literary voices. This is a study that is committed to reading and analyzing Dalit literature as literature, while simultaneously seeking to understand the complexities of the socio-political and identity-based origins from which it emerges.

I have published numerous English translations of Hindi Dalit short stories in venues like South Asia: A Journal of South Asian Studies, Words Without Borders, Frontline, and my book, Unclaimed Terrain: Stories by Ajay Navaria (Navayana 2013). Unclaimed Terrain was named a “Best Book of 2013” by Pankaj Mishra in The Guardian. I have also co-edited several books and special journal issues on topics like South Asian sound studies, gender and vernacular literature, and translating caste.

I am currently writing a book that is tentatively titled, Indian Pulp: The Local and the Global in Indian Detective Fictions. The book argues that genre fiction offers a space for a unique and influential set of cultural and political imaginaries that operate both locally and globally. It further argues that critical attention to popular Indian literature can disrupt the illusory neatness of the categories that continue to inform contemporary “world literature” discourse: the increasingly unstable binaries of anglophone and non-anglophone literatures, domestic and foreign literatures, and local and global literatures. I am also currently co-editing, with Praseeda Gopinath, the forthcoming Routledge Companion to Postcolonial and Decolonial Literature.

I am a core faculty member in the Comparative Literary Studies Program and the co-founder and co-director, with Ivy Wilson, of the Race, Caste, and Colorism Project. I am also a founding board member of the Modern Endangered Archives Program.

“Narrating Dalit Womanhood and the Aesthetics of Autobiography,” Journal of Commonwealth Literature 51:1 (2019) pp. 25-37.

Intersections of Dalit & Black Lives—A Conversation with Suraj Yengde
(May 18, 2021)