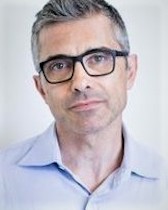 Antonio Terrone is a scholar of East Asian cultures, politics, and religions. He joins Northwestern after serving as an East Asia Analyst in Chicago, Il. Previously he was an Assistant Professor of Tibetan Buddhist Studies in the Graduate Institute of Religious Studies at National Chengchi University in Taipei, Taiwan. His research spans politics, policies and religion in modern and contemporary China and its borderlands, with a concentration on religious culture, literature, violence, and ethno-religious politics (Tibetans and Uyghurs). He has studied and worked extensively in numerous Asian countries including India, China (eastern provinces and Tibetan regions), Taiwan, and Nepal, and has conducted fieldwork in various parts of Western China including eastern Tibetan areas of Qinghai and Sichuan, Kashgar and Urumqi in Xinjiang, and along the Himalayas in northern Nepal and India. Antonio works with several relevant Asian languages including Mandarin Chinese, Tibetan, Japanese, and more recently Uyghur.

Antonio Terrone is the co-editor of Buddhism beyond the Monastery: Tantric Practices and their Performers in Tibet and the Himalayas (Brill, 2009). His publications have appeared in numerous essay collections as well as academic journals, including the Journal of Buddhist Ethics, the Buddhist Studies Review, the Journal of Religion, Nature and Culture, and the Journal of Spirituality Studies. He is currently completing a monograph on the rise of mass Buddhist encampments in Eastern Tibetan areas of China and the central role of the Tenth Panchen Lama Chökyi Gyaltsen (1938-1989) in the revival of religion and monastic education in Tibet in the 1980s.

At Northwestern he teaches courses in the Department of Asian Languages and Cultures and the Department of Religious Studies, including “East Asian Classics”, “Religion and Politics in the People’s Republic of China”, “Buddhism and Violence in Asia”, “Introduction to Modern Tibetan Literature”, “Theory and Method in the Study of Buddhism and Violence”, “Buddhist Modernism”, “Readings in Tibetan Literature”, and “Martial Arts and Literature in East Asian Cultures.”

The Moon in the River: The Budō Path to the Empty Mind (Xlibris, 2020)

Buddhism Beyond the Monastery: Tantric Practices and their Performers in Tibet and the Himalayas (Brill, 2009)

“Burning for a Cause: Self-immolations, Human Security, and the Violence of Nonviolence in Tibet,” Journal of Buddhist Ethics, 25/2018

“Rewritten or Reused? Originality, Intertextuality, and Reuse in the Writings of a Buddhist Visionary in Contemporary Tibet,” In Cathy Cantwell et al. (eds), Buddhist Studies Review 33/1-2. 2016: 203-231.

“Reconnecting with the Land (and the gods) in Tibet,” in Jeffrey Samuels, Mark Rowe, and Justin McDaniel (eds), Figures of Buddhist Modernity in Asia. Honolulu: University of Hawaii Press, 2015, 137-40.

“The Earth as a Treasure in Tibetan Buddhism: Visionary Revelation and its Interactions with the Environment,” Journal for the Study of Religion, Nature, and Culture 8/4, 2014: 460-82.

“Messengers from Tibet’s Past: The Role of Buddhist Charismatic Leaders in the Spread of Tibetan Buddhism in Contemporary China,” Asiatica Ambrosiana 4, 2012: 103-121.

“‘Anything Can Be an Appropriate Treasure Teaching!’ Authentic Treasure Revealers and the Moral Implications of Noncelibate Tantric Practice,” in Peter Schwieger and Saadet Arslan (eds), Tibetan Studies: An Anthology. Proceedings of the Eleventh Seminar of the International Association of Tibetan Studies, 2006. Halle: International Institute for Tibetan and Buddhist Studies, 2010, 397-426.

“Householders and Monks: A Study of Treasure Revealers and their Role in Religious Revival in Contemporary Eastern Tibet,” In Sarah Jacoby and Antonio Terrone (eds), Buddhism beyond the Monastery: Tantric Practices and their Performers in Tibet and the Himalayas. Proceedings of the Tenth Seminar of the International Association of Tibetan Studies, Oxford 2003. Leiden: Brill, 2009: 73-109.

“Visions, Arcane Claims, and Hidden Treasures: Charisma and Authority in a Present-Day Gter ston,” in Christiaan Klieger (ed.), Tibet, Self, and the Tibetan Diaspora: Voices of Difference. Proceedings of the Ninth Seminar of the IATS, 2000, Leiden: B
Back to top